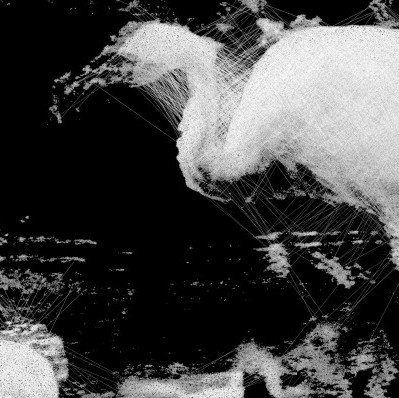 Sirens is a project by greek artist Novi_sad. The title refers to the Greek mythology of these creatures who were portrayed as femmes fatales. Novi_sad has worked with Japanese audiovisual artist Ryoichi Kurokawa to explore the aesthetics of data on complex sound project. Novi_sad used source audio from 5 musicians and sound artists that represented various stock market crashes including the Black Tuesday in 1929. In words of Novi_sad: “Sirens is an effort to ‘poison’ the ground and this vast pool of information in a world where almost everything equals with a digit.”

The visual compositions has been created by Kurokawa, who constructs architectural environments and digitally generated structures. The full piece is presented as an HD video and stereo sound audiovisual performance, watch an extract of this work:

“The main idea behind “Sirens” is that the performance unrolls as a reverse movement of the economic downturns”, says Novi_sad. Indeed, the more the economy collapses (data, numerical elements, statistics, indexes, etc.), the more each part of the music and visuals keep becoming denser and richer. It is a “vice versa” movement between the collapse of financial data/information and the creative reflection on sound and image. This metaphorical “tug o’ war” aptly illustrates the project’s core dynamic. Then, as a mirage – one to each other, sound and video – a form of unity arises within the movement itself, as unreal it may seem. 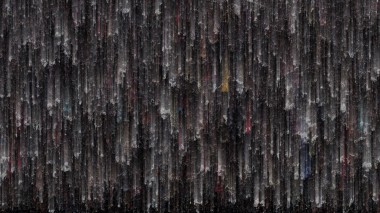