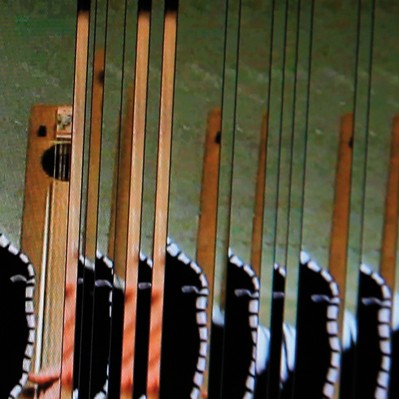 In the context of NODE and its subject The Rules, before and during the NODE forum 2013  the Deutsche Börse Residency Program is given to Gabriel Shalom and Patrizia Kommerell, both founder of the Berlin based Studio KS12.

During their residency the artists will conduct audiovisual research. Findings will be collected together to form the video essay Another Dimension to be presented at the 2013 edition of the NODE Forum.

We got older. And as we got older we realized we had rules. Not the rules of our parents. Not the rules of some big corporation or government. Rules of interaction, of engagement, etiquette even. We had grown up in a world of magical objects – things with attributes, properties, menus and options. And slowly we introduced this magic back out into the world – at least on the surface of things. In our desperation for control in a world more and more out of control, we began expressing these rules about objects in our aesthetics. Guided by visions of a near future in which the real and the virtual would be seamlessly blended, we created prototypes and simulations with increasingly higher fidelity. Yet the tyranny of the frame prevailed. Our rules collided with systems of another dimension. Stubbornly, we carried on building the simulacrum. We gritted our teeth, we dug in our heels, and we fought to stay lucid as our dreams shimmered across legions of rectangles.