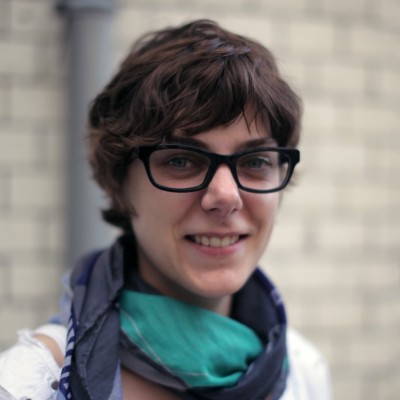 Patrizia Kommerell the design director of KS12, a creative studio for experimental storytelling founded together with Gabriel Shalom. KS12 is a graduate of the Portland Incubator Experiment at Wieden + Kennedy.

Patrizia is the producer of video essays such as Early Stage (Portland Incubator Experiment, 2012), Timeless (STRP Eindhoven, 2012), The Future of Art (Transmedial, 2011), and The Future of Money (SIBOS, 2010). She is the executive producer of Gabriel Shalom’s videomusical artwork Object Oriented (IAA Frankfurt 2011) commissioned by Meiré und Meiré for MINI.

Patrizia was a DAAD scholarship recipient for her studies at the Cleveland Institute of Art. She holds a bachelor of media design from Fachhochschule Schwäbisch Hall and was a graduate level student at the Hochschule für Gestaltung Karlsruhe. She has an extensive background in communication design, having worked for leading international branding and exhibition design agencies. She is a fellow of the Salzburg Global Seminar (Young Cultural Leaders Forum 2012).