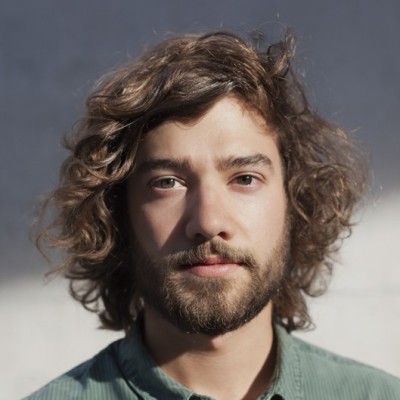 Daniel Schwarz’ (*Germany, 1987) work ranges from interactive installations to performances and video, seamlessly merging digital with analog and transforming it into physical presence. He studied computer science and media at the Stuttgart Media University, Germany, and the Universidade Federal de Santa Catarina, Brazil.

Since 2011, Daniel has been a resident in Fabrica, Benetton’s communication research centre in Italy. There he has produced the music video ‘Piece of Paper’, which won the Amon Tobin video contest and is published in the artist’s official box set. His works have premiered on VICE magazine and Rolling Stone Italy and won Shift’s DOTMOV Festival, the 13th Circuito Off Audience Award, the third place at the Visual Music Award and the ARTE Creative Student Award.