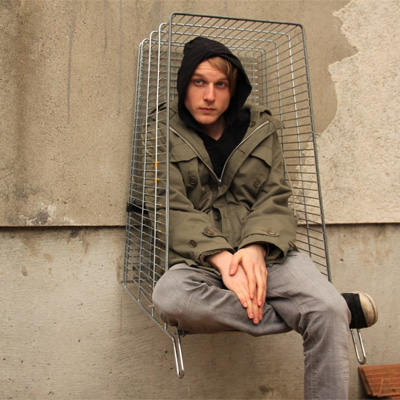 David Gann is a scientist and artist with a strong affinity to interactive audio-visual systems.

He studied biological science at the University of Konstanz and is now doing his master degree in Interface Cultures at the Kunstuniversität Linz.

He is interested in exploring innovative ways of human-computer interaction, audio-visual expression, sound and music making, computer graphics and in general, approaching the future.
Working together closely with scientists from bio informatics, genetics and neuro sciences, he developed data visualizations for genome data, brain structure and swarm behavior with vvvv. In 2012 he worked for Meso Digital Interiors and other clients as a freelancer. He also held workshops and lectures at several universities in southern Germany.

Now he is focusing on building his fresh audio-visual label Symbiotic Cube as a voice against the main-stream media.