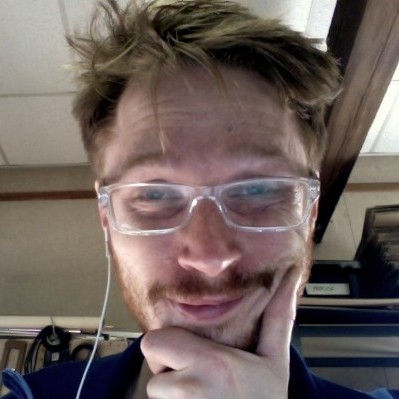 Jens lives and works in the north, but was born somewhere in the south. He began studies in philosophy at the TU Darmstadt and with detours to the TU and the Academy of Fine Arts in Vienna ended up with a diploma on software and structural film at the Muthesius Academy in Kiel, where nowadays he teaches at the interface design department. His lectures focus on experimental practices with hard- and software, involving the Arduino platform, electronics and various ways of programming.

Since 2005 he is a fellow of the soundart collective staalplaat soundsystem, building software and electronics for different setups and situations – from hacked auto-rikshaws in New Delhi to calling trees by phone in belgium. But sometimes he also works commercially for wirmachenbunt.

From around 2000 jens has touched quiet a range of programming languages from C, C++, C#, Python, Ruby, Javascript, Lua and what not to graphical environments like Max, PD and VVVV since 2005. He hates Java and Flash and loves to make things work with good code. Things related to networks and networking makes him working late. He is the contributor of the Firmata plugin for VVVV. In his personal work he focuses on sound and the relation of time, difference, duration and its perception.

Oh, and he does not, despite his studies, like to be called a designer and with the term artist he is not happy either.