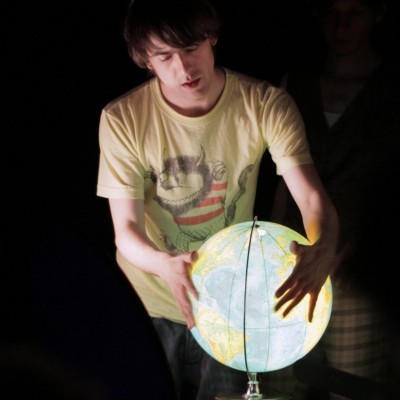 Gabriel Shalom is a director, audiovisual artist and composer living and working in Berlin, Germany. His signature work takes the form of rhythmically edited audiovisual compositions (videomusic). Taking inspiration from musique concrète, he explores the hidden musicality of everyday objects, unusual handmade electro-acoustic instruments, and manipulation of traditional instruments. He understands video to be a fundamentally audiovisual medium and strives to create highly synaesthetic works. His five channel videomusical installation The Tosso Variations premiered in his solo exhibition at MU Eindhoven. He has written and spoken extensively on Hypercubism, his theory of object-oriented aesthetics. He has been commissioned by brands such as MINI, Sony and BMW Italy. He has been an artist in residence at the ZKM Karlsruhe and the CAMP Festival in Stuttgart. He is an ADC Young Gun and a fellow of the Salzburg Global Seminar.

In addition to making audiovisual artworks, Gabriel is a director of experimental narratives. His company KS12, founded together with partner Patrizia Kommerell, is a creative studio for experimental storytelling. KS12 is the originator of the Video Sprint, a storytelling process designed for festivals and conferences. KS12 collaborates with events, agencies, and organizations, such as Transmediale, STRP Eindhoven, British Council, BOX 1824 and Meiré und Meiré. KS12 is a graduate of the Portland Incubator Experiment at Wieden + Kennedy.

Gabriel has been a guest speaker on audiovisual trends in London, Berlin and São Paulo, and since Spring 2009 he is adjunct faculty at the Berliner Technische Kunsthochschule in audiovisual media. He is a contributor to opinion-leading blogs on the future of cinema and augmented reality.