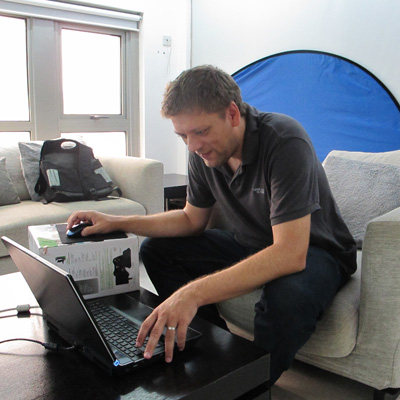 Partick Jost born 1975 in Switzerland. Like many boys at his age he became addicted to computers early, playing around on the commodore amiga, and developed an interest for computer graphics.

He did an art&design education 1997-1999 in the cities of St.Gallen and Basel Switzerland and worked as an industrial printer from 2000-2004.

In 2003 he came to vvvv for vjing purposes. At that time he allready knew graphical patching applications for music generations like pd and reaktor, and he was very exited that something like this existed for computer graphics.

Since 2008 he decided to work fully as a freelancer and make his living just with vvvv patching. He worked for the following companies & brands:

From 2010 to 2012 he gave several v4-related workshops in xindanwei (an open office space) and xinchejian (a hackers space) both in Shanghai, China.